Dan Mintz is an American comedian, voice actor and writer. He is best known for his role as Bob's daughter Tina Belcher on the animated show Bob's Burgers. As a comedian, he is known for his extremely deadpan delivery, keeping his eyes fixed straight ahead and never looking toward the camera or audience. Mintz was born in Anchorage, Alaska. He landed his first writing job at Comedy Central's Crank Yankers, then worked on Last Call with Carson Daly. He has written for The Andy Milonakis Show, Human Giant, Lucky Louie, Important Things with Demetri Martin, Jon Benjamin Has a Van, Nick Swardson's Pretend Time, and Nathan For You. On May 15, 2007, Mintz appeared on Late Night with Conan O'Brien. His standup comedy appeared on the comedy compilation CD Comedy Death-Ray, and a special for Comedy Central Presents aired on March 28, 2008. In February 2013, he performed standup on Late Show With David Letterman. He recorded a standup album at Comedy Works in Denver in July 2013. The album will be released in 2014 through Comedy Central Records. Currently, Mintz resides in Los Angeles, California and is writing for The Awesomes and "Mulaney."

• Simon Evans (Simon Evans, is an English comedian, born in Luton and now living in Hove.) 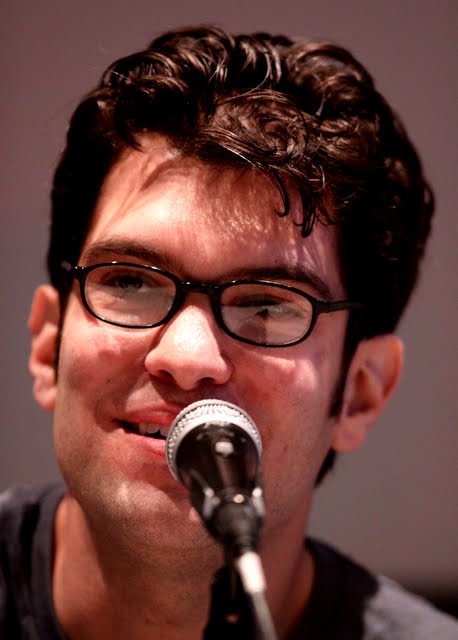 About the Dan Mintz Interview

Hi, I'm Dan Mintz. I'm a comedian and the voice of Tina Belcher on Bob's Burgers. My first standup album The Stranger is out this week. You can download it here and it will be out on CD on October 21. Limited edition signed CDs available here. Ask me anything!

Okay I have to go, but thanks for all the wonderful questions! If I skipped your question it was only because I couldn't think of a good answer, not because I didn't like the question. Sorry. Thanks everyone!