S. Alan Stern is an American planetary scientist. He is the principal investigator of the New Horizons mission to Pluto and the Chief Scientist at Moon Express. Stern has been involved in 24 suborbital, orbital, and planetary space missions, including eight for which he was the mission principal investigator. One of his projects was the Southwest Ultraviolet Imaging System, an instrument which flew on two space shuttle missions, STS-85 in 1997 and STS-93 in 1999. Stern has also developed eight scientific instruments for planetary and near-space research missions and has been a guest observer on numerous NASA satellite observatories, including the International Ultraviolet Explorer, the Hubble Space Telescope, the International Infrared Observer and the Extreme Ultraviolet Observer. Stern was Executive Director of the Southwest Research Institute's Space Science and Engineering Division until becoming Associate Administrator of NASA's Science Mission Directorate in 2007. He resigned from that position after nearly a year. In early 2009 Dr. Stern's name has been mentioned as a potential contender for the position of NASA administrator under President Obama's Administration.

• Michael Dowd (Michael Dowd is an American Progressive Christian minister, author, and eco-theologian known as a...)

• Alan Stern (S. Alan Stern is an American planetary scientist. He is the principal investigator of the New Hor...) 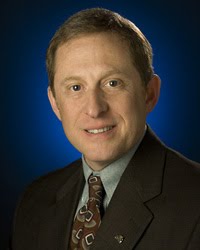 About the Alan Stern Interview

Proof 1: https://www.dropbox.com/s/xd2874ve0rw3yl6/reddit_proof_pic2.jpg?dl=0
- Our scale model of the New Horizons spacecraft is in the background, and you can compare here: http://www.nasa.gov/mission_pages/newhorizons/main/#.VCyUGvldW2w

Hello Reddit. We’re here to answer anything about Pluto and the spacecraft that will flyby Pluto next summer—NASA’s New Horizons. Its closest approach to Pluto will occur on July 14th, 2015, but encounter operations begin well before that, in mid-January!

Why Is NASA doing this mission? Pluto and its large moon Charon are amazing binary planet system in a new region of the solar system called the Kuiper Belt, which is farther out than even Neptune—3 billion miles away. At the moment the best pictures we have of either from the Hubble Telescope only allow us to see fuzzy blobs of lighter and darker surface material. Humankind is about to get high-resolution pictures and many other kinds of data on Pluto for the first time thanks to New Horizons, and we want everyone to share in our journey of discovery!

Some good Pluto and New Horizons resources to read are:

• Why is Pluto so interesting?
http://pluto.jhuapl.edu/overview/whyGo.php

• More about the spacecraft mission – and see a cool new video of Charon orbiting Pluto – taken by the spacecraft
http://pluto.jhuapl.edu/

EDIT: We have to head off to meetings to keep the spacecraft on track – but it has been great fun answering all of your questions. We will come back and update you closer to the flyby! Keep up with the discoveries at the websites below, Twitter - @NewHorizons2015, and Tumblr Postcards from Pluto by post-doc Amanda - http://plutopostcards.tumblr.com/.