Nikki Sixx is an American musician, songwriter, radio host, and photographer, best known as the co-founder, bassist, and primary songwriter of the band Mötley Crüe. Prior to forming Mötley Crüe, Sixx was a member of Sister before going on to form London with his Sister band mate Lizzie Grey. In 2000 he formed side project group 58 with Dave Darling, Steve Gibb and Bucket Baker issuing one album, titled Diet for a New America, the same year while in 2002 he formed the hard rock supergroup Brides of Destruction with L.A. Guns guitarist Tracii Guns. Formed in 2006, initially to record an audio accompaniment to Sixx's autobiography The Heroin Diaries: A Year in the Life of a Shattered Rock Star, his side band Sixx:A.M. features songwriter and producer and vocalist James Michael and guitarist DJ Ashba. Sixx has also worked with a number of artists and groups, co-writing and/or producing songs, such as Sex Pistols's guitarist Steve Jones, Lita Ford, Alice Cooper, Meat Loaf, Marion Raven, Drowning Pool, Saliva and The Last Vegas among others. Sixx launched the clothing line "Royal Underground" in 2006 with Kelly Gray, formerly the co-president and house model of St. John. 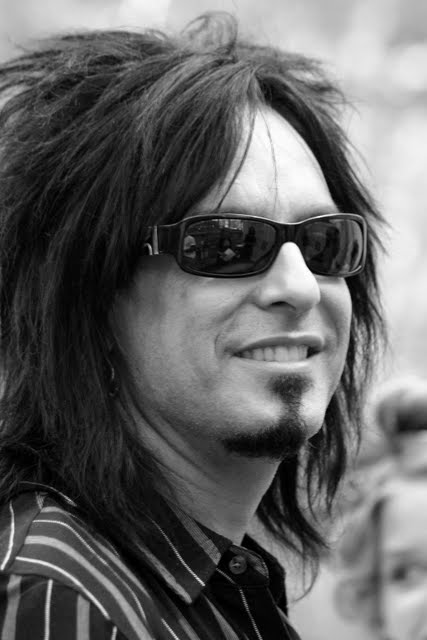 About the Nikki Sixx Interview

My short bio: Tuesday we announced Mötley Crüe's Final Tour...Bring your questions. Starting at 10:30AM PST, I'll answer as many as I can. Check out motley.com for all the details.

Thanks everyone for the cool questions. This has been an emotional and exciting week for Motley Crue and the fans and we promise to leave a legacy that you'll be proud of. Talk to you soon...Nikki