Clinton Richard Dawkins, DSc, FRS, FRSL is an English ethologist, evolutionary biologist, and writer. He is an emeritus fellow of New College, Oxford, and was the University of Oxford's Professor for Public Understanding of Science from 1995 until 2008. Dawkins came to prominence with his 1976 book The Selfish Gene, which popularised the gene-centred view of evolution and introduced the term meme. In 1982, he introduced into evolutionary biology the influential concept that the phenotypic effects of a gene are not necessarily limited to an organism's body, but can stretch far into the environment, including the bodies of other organisms. This concept is presented in his book The Extended Phenotype. Dawkins is an atheist, a vice president of the British Humanist Association, and a supporter of the Brights movement. He is well known for his criticism of creationism and intelligent design. In his 1986 book The Blind Watchmaker, he argues against the watchmaker analogy, an argument for the existence of a supernatural creator based upon the complexity of living organisms. Instead, he describes evolutionary processes as analogous to a blind watchmaker.

• Dan Ariely (Dan Ariely is the James B. Duke Professor of Psychology and Behavioral Economics. He teaches at D...)

• Tim Wu (Tim Wu is the Isidor and Seville Sulzbacher Professor of Law at Columbia Law School. He is best k...)

• Bert Vaux (Bert Vaux teaches phonology and morphology at the University of Cambridge. Previously, he taught ...) 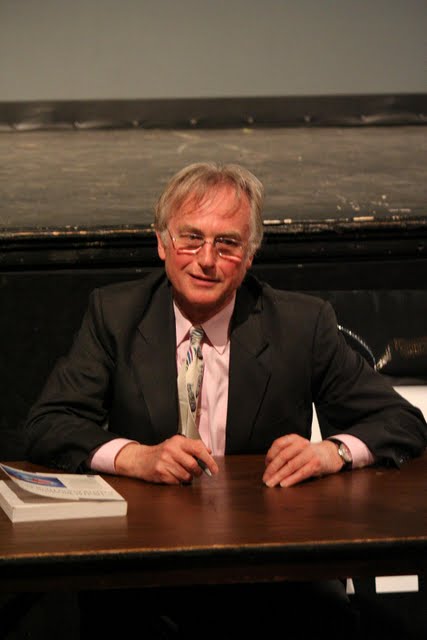 About the Richard Dawkins Interview

Hello reddit.  I am Richard Dawkins: ethologist, evolutionary biologist, and author of 12 books (http://www.amazon.com/s/ref=nb_sb_ss_c_0_7?url=search-alias%3Dstripbooks&field-keywords=dawkins&sprefix=dawkins%2Caps%2C301), mostly about evolution, plus The God Delusion.  I founded the Richard Dawkins Foundation for Reason and Science in 2006 and have been a longstanding advocate of securalism.  I also support Leukemia and Lymphoma Society, supported by Foundation Beyond Belief
http://foundationbeyondbelief.org/LLS-lightthenight
http://fbblls.org/donate

I'm here to take your questions, so AMA.