Keanu Charles Reeves is a Canadian actor, director, and musician. Reeves is known for his roles in Bill & Ted's Excellent Adventure, Speed, Point Break, and The Matrix trilogy as Neo. He has collaborated with such major directors as Stephen Frears; Gus Van Sant; and Bernardo Bertolucci. Referring to his 1991 film releases, The New York Times' critic, Janet Maslin, praised Reeves' versatility, saying that he "displays considerable discipline and range. He moves easily between the buttoned-down demeanor that suits a police procedural story and the loose-jointed manner of his comic roles." A repeated theme in roles he has portrayed is that of saving the world, including the characters of Ted Logan, Buddha, Neo, Johnny Mnemonic, John Constantine and Klaatu. In addition to his film roles, Reeves has acted in theatre. His performance in the title role for Manitoba Theatre Centre's production of Hamlet was praised by Roger Lewis of The Sunday Times, who declared Reeves "one of the top three Hamlets I have seen, for a simple reason: he is Hamlet." On January 31, 2005, Reeves received a star on the Hollywood Walk of Fame.

• Ana Gasteyer (Ana Kristina Gasteyer is an American actress of stage, film, and television. She is best known as...) 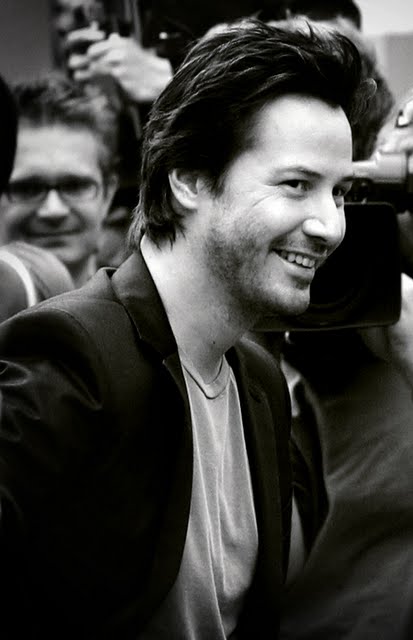 About the Keanu Reeves Interview

Hi reddit. Keanu Reeves here. You probably know me from way back in the past, River's Edge, Bill & Ted's Excellent Adventure, Point Break, SPEED, The Devil's Advocate, The Matrix Trilogy, A Scanner Darkly, My Own Private Idaho, and others, plus my latest film Man of Tai Chi.

I look forward to speaking about them all. And others. AMAA.

I have to go now, but it was lovely to spend some time with all of you on a Sunday afternoon. Thank you. And for those of you who would like to hear it, for you... Whoa.