Barack Hussein Obama II (/bəˈrɑːk huːˈseɪn oʊˈbɑːmə/; born August 4, 1961) is the 44th and current President of the United States. He is the first African American to hold the office. Obama served as a U.S. Senator representing the state of Illinois from January 2005 to November 2008, when he resigned following his victory in the 2008 presidential election. Born in Honolulu, Hawaii, Obama is a graduate of Columbia University and Harvard Law School, where he was the president of the Harvard Law Review. He was a community organizer in Chicago before earning his law degree. He worked as a civil rights attorney in Chicago and taught constitutional law at the University of Chicago Law School from 1992 to 2004. He served three terms representing the 13th District in the Illinois Senate from 1997 to 2004. 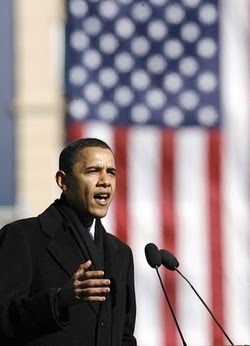 About the Barack Obama Interview

Hi, I’m Barack Obama, President of the United States. Ask me anything. I’ll be taking your questions for half an hour starting at about 4:30 ET.

We're running early and will get started soon.

UPDATE: Hey everybody - this is barack. Just finished a great rally in Charlottesville, and am looking forward to your questions. At the top, I do want to say that our thoughts and prayers are with folks who are dealing with Hurricane Isaac in the Gulf, and to let them know that we are going to be coordinating with state and local officials to make sure that we give families everything they need to recover.

LAST UPDATE: I need to get going so I'm back in DC in time for dinner. But I want to thank everybody at reddit for participating - this is an example of how technology and the internet can empower the sorts of conversations that strengthen our democracy over the long run. AND REMEMBER TO VOTE IN NOVEMBER - if you need to know how to register, go to http://gottaregister.com. By the way, if you want to know what I think about this whole reddit experience - NOT BAD!