Stephanie Young Hwang, better known by the stage name Tiffany or by her Korean name Hwang Mi-young, is a Korean-American singer, TV presenter, promotional model, rapper, dancer and actress. She is a member of both the South Korean girl group, Girls' Generation and its subgroup, TTS.

• Demi Lovato (Demetria Devonne "Demi" Lovato is an American actress, singer, and songwriter who made her debut ...)

• Hilary Duff (Hilary Erhard Duff is an American actress and singer. She began acting at a young age and rose to...)

• Aaron Sorkin (Aaron Benjamin Sorkin is an American screenwriter, producer, and playwright. His works include th...) 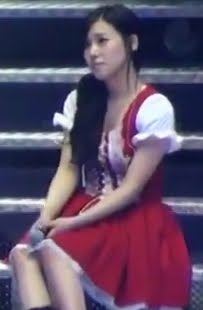 About the Tiffany Interview

I will be answering questions at 5pm EST for 1 hour TODAY. Send your questions now and I will try to answer as many as possible. I tweeted my verification (psy_oppa)