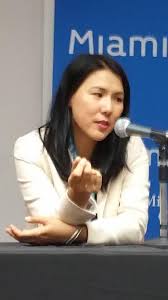 Suki Kim (Writer): Suki Kim is a Korean American writer, a Guggenheim fellow and the author of the award-winning novel The Interpreter and a New York Times Bestselling literary nonfiction, Without You, There Is No Us: Undercover Among the Sons of North Korea's Elite. 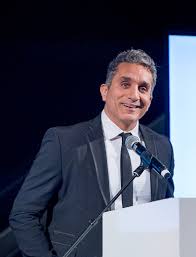 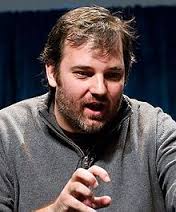 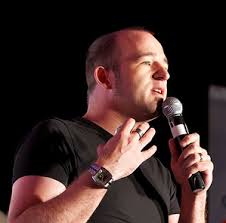 Jono Bacon (Writer): Jono Bacon is a writer and software engineer, originally from the United Kingdom, but now based in California. He works as the GitHub Director of Community Development and Growth and authored The Art of Community by O'Reilly.
Maria Konnikova (Writer): Maria Konnikova is a Russian-American writer and journalist, who primarily writes about psychology and literature. 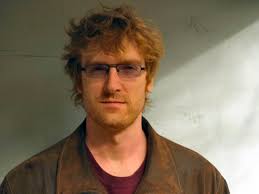 Ryan North (Writer): Ryan M. North is a Canadian writer, computer programmer, and occasional songwriter who is the creator and author of Dinosaur Comics, and co-creator of Whispered Apologies and Happy Dog the Happy Dog.
Neil Strauss (Writer): Neil Darrow Strauss, also known by the pen names Style and Chris Powles, is an American author, journalist and ghostwriter, with both American and Kittitian citizenship. He is best known for his best-selling book The Game: Penetrating the Secret Society of Pickup Artists, where he describes his experiences in the seduction community in an effort to become a "pick-up artist". He is a contributing editor at Rolling Stone and also writes regularly for The New York Times. 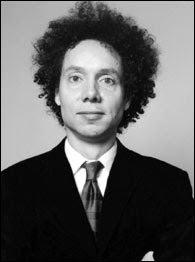 Malcolm Gladwell (Writer): Malcolm T. Gladwell, CM is a Canadian journalist, bestselling author, and speaker. He has been a staff writer for The New Yorker since 1996. He has written five books, The Tipping Point: How Little Things Can Make a Big Difference, Blink: The Power of Thinking Without Thinking, Outliers: The Story of Success, What the Dog Saw: And Other Adventures, a collection of his journalism, and David and Goliath: Underdogs, Misfits, and the Art of Battling Giants. All five books were on The New York Times Best Seller list. Gladwell's books and articles often deal with the unexpected implications of research in the social sciences and make frequent and extended use of academic work, particularly in the areas of sociology, psychology, and social psychology. Gladwell was appointed to the Order of Canada on June 30, 2011.
Mathis Wackernagel (Writer): Mathis Wackernagel is a Swiss-born sustainability advocate. He is President of Global Footprint Network, an international sustainability think tank with offices in Oakland, California; Brussels, Belgium, and Geneva, Switzerland. The think-tank is a non-profit that focuses on developing and promoting metrics for sustainability. After earning a degree in mechanical engineering from the Swiss Federal Institute of Technology, he completed his Ph.D. in community and regional planning at the University of British Columbia in Vancouver, Canada in 1994. There, as his doctoral dissertation under Professor William Rees, he created with Professor Rees the ecological footprint concept and developed the methodology. He has worked on sustainability issues for organizations in Europe, Latin America, North America, Asia and Australia. Wackernagel previously served as the director of the Sustainability Program at Redefining Progress in Oakland, California, and directed the Centre for Sustainability Studies / Centro de Estudios para la Sustentabilidad in Mexico. In 2004, he was also an adjunct faculty at SAGE of the ... 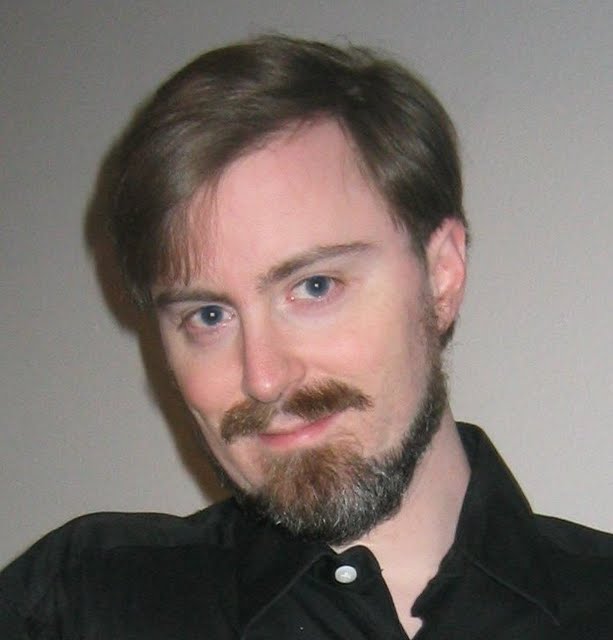 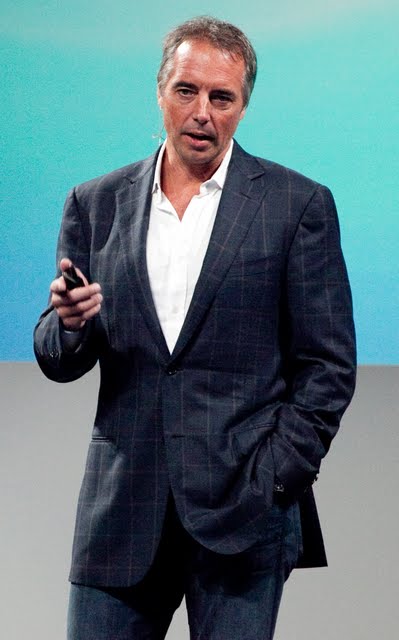 Dan Buettner (Writer): Dan Buettner is an American explorer, educator, author and public speaker. He also co-produced a documentary and holds three world records for endurance bicycling. He is the founder of the online Quest Network, Inc., which provides opportunities for students to interactively engage with explorers on expedition. In February 2007, an expedition led by Buettner to Nicoya, Costa Rica uncovered the longest-lived people known in the Western Hemisphere. 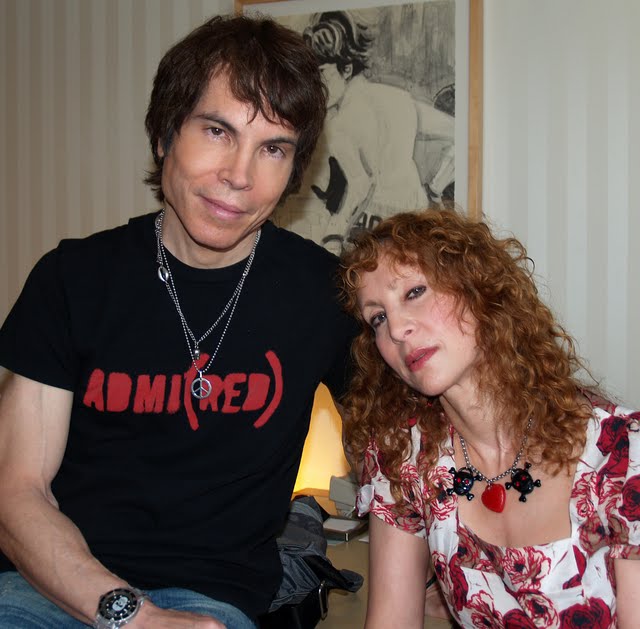 Gerald Posner (Writer): Gerald Posner is an American investigative journalist and author of several books, including Case Closed: Lee Harvey Oswald and the Assassination of JFK which explores the John F. Kennedy assassination, and Killing the Dream: James Earl Ray and the Assassination of Martin Luther King, Jr.. A plagiarism scandal involving his articles and books arose in 2010.
Gabriella Coleman (Writer): Enid Gabriella Coleman is an anthropologist, academic and author whose work focuses on hacker culture and online activism, particularly Anonymous. She currently holds the Wolfe Chair in Scientific &amp; Technological Literacy at McGill University, Montreal, Quebec, Canada. Nathan Schneider writing in the Chronicle of Higher Education named her "the world's foremost scholar on Anonymous".

David Pogue (Writer): David Welch Pogue is an American technology writer and TV science presenter. He is a personal technology columnist for Yahoo Tech, a tech correspondent for CBS News Sunday Morning, a columnist for Scientific American and a former technology columnist for The New York Times. He is also the host of NOVA ScienceNow on PBS and was the host of the NOVA specials Making Stuff in 2011 and Hunting the Elements in 2012. Pogue has written or co-written seven books in the For Dummies series. In 1999, he launched his own series of computer how-to books called the Missing Manual series, which now includes over 100 titles covering a variety of Macintosh and Windows operating systems and applications. Among the dozens of books Pogue has authored is The World According to Twitter, written in collaboration with around 500,000 of his Twitter followers. On October 21, 2013, Pogue announced he would be leaving The New York Times after 13 years in ...
Liz Tuccillo (Writer): Liz Tuccillo is an American writer and film director best known for her work on the HBO comedy series Sex and the City and for co-authoring the self-help book He's Just Not That Into You, for which they won a Quill Award. Her first novel, How to Be Single, was published in June 2008. Tuccillo wrote the 2005 television series Related, which aired on the WB network. She directed and wrote the 2008 film Gone to the Dogs and the film Take Care which premiered at South by Southwest in March 2014. As an actress, she was seen in the film Welcome to New York, in which she had one line. 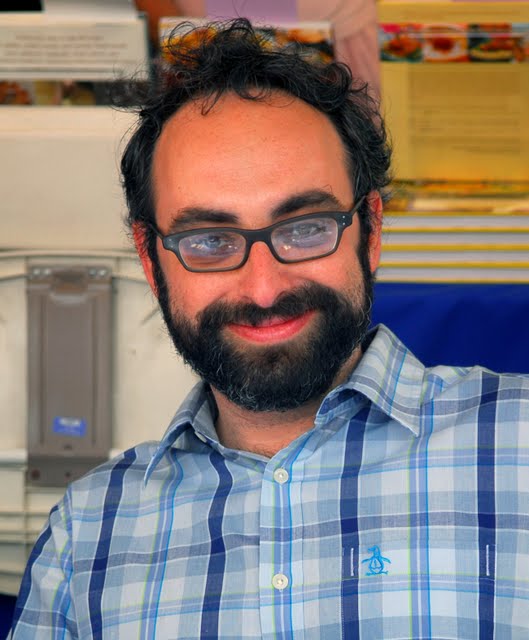 Tony Robbins (Writer): Anthony "Tony" Robbins is an American life coach and self-help author. He became well known through his infomercials and self-help books, Unlimited Power, Unleash the Power Within and Awaken the Giant Within. In 2007, he was named in Forbes magazine's "Celebrity 100" list. Forbes estimated that Robbins earned approximately $30 million USD in that year. 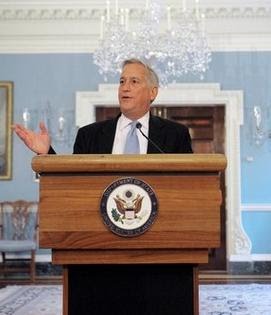 Walter Isaacson (Writer): Walter Isaacson is an American writer and biographer. He is the President and CEO of the Aspen Institute, a nonpartisan educational and policy studies organization based in Washington, D.C. He has been the chairman and CEO of CNN and the Managing Editor of Time. He has written biographies of Steve Jobs, Benjamin Franklin, Albert Einstein and Henry Kissinger. 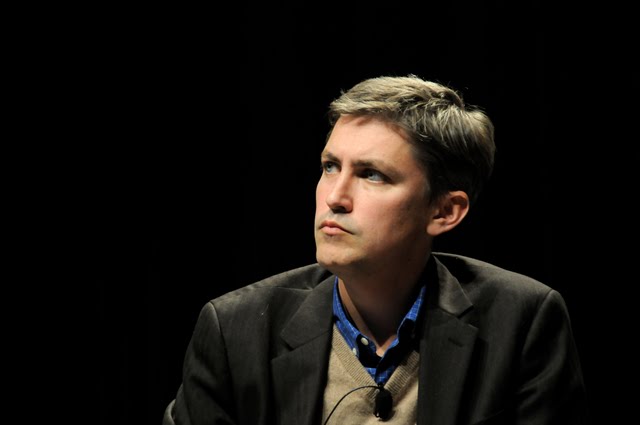