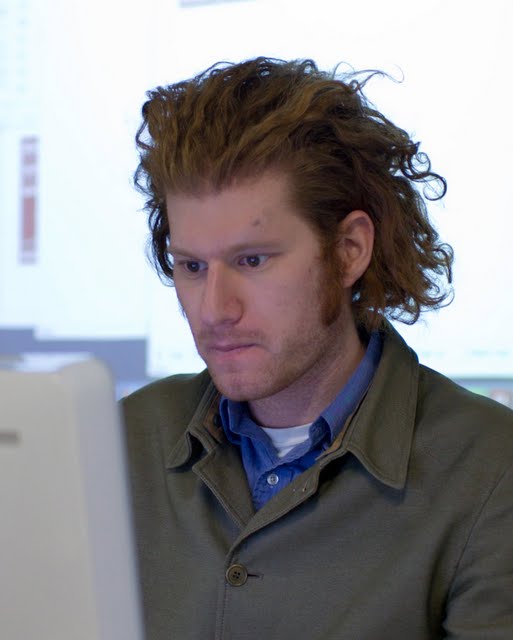 Michael Mandiberg (Visual Artist): Michael Mandiberg is an artist, programmer, designer and educator. Mandiberg describes himself as "an appropriationist at heart. I derive visual inspiration from the Internet, conceptual art, design, the end of print and the dying American empire. My work is both formal and poetic. I use words and symbols as tools to provoke reflection on our society and its effluvia." His works have been exhibited at venues including the New Museum for Contemporary Art located in New York City, transmediale Festival in Berlin, Center for Art and Media Karlsruhe in Karlsruhe, Germany, and Ars Electronica Center located in Linz, Austria. His work has also been featured in books like Tribe and Jana’s New Media Art, Greene’s Internet Art, and Blais and Ippolito’s At the Edge of Art. Mandiberg has been written about by The New York Times, Los Angeles Times, the Berliner Zeitung, and Wired.
Mary Flanagan (Visual Artist): Mary Flanagan is an artist, author, educator, and designer. She is the inaugural chair holder of the Sherman Fairchild Distinguished Professorship in Digital Humanities at Dartmouth College and the director of the Tiltfactor Lab, an innovative game research laboratory. She graduated with a BA from the University of Wisconsin–Milwaukee, earned MFA and MA degrees from the University of Iowa, and achieved her doctorate from Central Saint Martins College of Art and Design, UK. She studied film for her undergraduate and masters work while her PhD was in Computational Media focusing on game design. Her art has been exhibited around the world and she was featured in the video game art documentary 8 BIT. Within the field of culture and technology, she is known for her theory of playculture. Prior to coming to Dartmouth Flanagan had been on the faculty of Hunter College. She serves on the faculty of the Salzburg Global Seminar &amp; the White House Office of Science ...