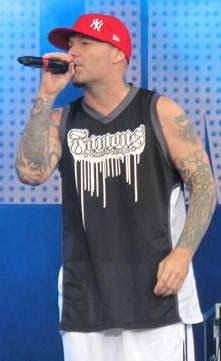 Fred Durst (Rap metal Artist): William Frederick "Fred" Durst is an American musician and film director from Jacksonville, Florida. He spent his formative years playing in a number of local bands in Jacksonville, Florida while mowing lawns and working as a tattoo artist for financial support. Durst is best known as the vocalist of the multi-platinum nu metal band Limp Bizkit, formed in 1994, with whom he has released six studio albums. Since 2006, Durst has also become known for his work in independent films. He costarred in the film Population 436, and made his directorial debut in 2007 with the film The Education of Charlie Banks. Durst directed a second film, The Longshots, in 2008. Durst has been ranked in the Top 100 Heavy Metal Vocalists by Hit Parader.