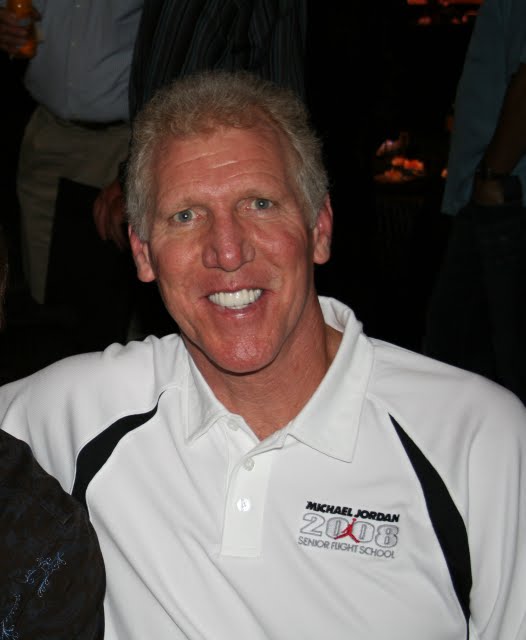 Bill Walton (Basketball Center): William Theodore "Bill" Walton III is an American retired basketball player and television sportscaster. Walton achieved superstardom playing for John Wooden's powerhouse UCLA Bruins in the early '70s, winning three successive College Player of the Year Awards, while leading the Bruins to two Division I national titles. He then went on to have a prominent career in the National Basketball Association where he was a league Most Valuable Player and won two NBA championships. His professional career was significantly hampered by multiple foot injuries. Walton was inducted into the Naismith Memorial Basketball Hall of Fame on May 10, 1993 and the Oregon Sports Hall of Fame that same year. He is the father of former professional basketball player Luke Walton.

Yao Ming (Basketball Center): Yao Ming is a retired Chinese professional basketball player who played for the Houston Rockets of the National Basketball Association. At the time of his final season, he was the tallest active player in the NBA, at 2.29 m. As of 2014, he is the 31st tallest person alive. Yao, who was born in Shanghai, China, started playing for the Shanghai Sharks as a teenager, and played on their senior team for five years in the Chinese Basketball Association, winning a championship in his final year. After negotiating with the CBA and the Sharks to secure his release, Yao was selected by the Houston Rockets as the first overall pick in the 2002 NBA draft. Yao was selected to start for the Western Conference in the NBA All-Star Game eight times, and was named to the All-NBA Team five times. He reached the NBA Playoffs four times, and the Rockets won a first-round series in the 2009 postseason, their ...