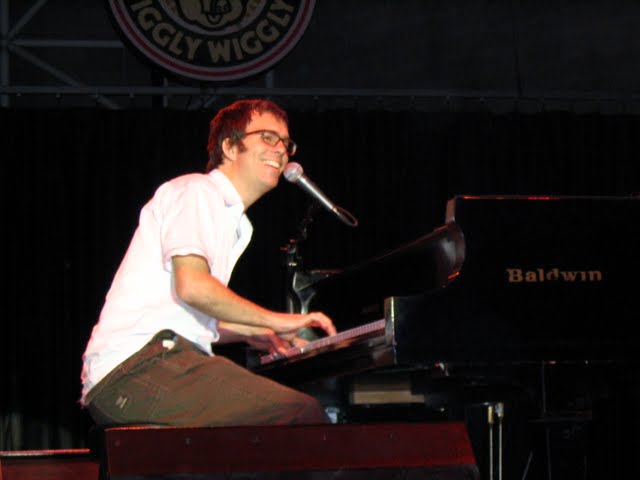 Ben Folds (Alternative Artist): Benjamin Scott "Ben" Folds is an American singer-songwriter and record producer. From 1995 to 2000, Folds was the frontman and pianist of the alternative rock band Ben Folds Five. After the group temporarily disbanded, Folds performed as a solo artist and has toured all over the world. The group reunited in 2011. He has also collaborated with musicians such as William Shatner, Regina Spektor and "Weird Al" Yankovic and undertaken experimental songwriting projects with authors such as Nick Hornby and Neil Gaiman. In addition to contributing music to the soundtracks of the animated films Over the Hedge, and Hoodwinked!, Folds produced Amanda Palmer's first solo album and has been a judge on the NBC a cappella singing contest The Sing-Off since 2009. 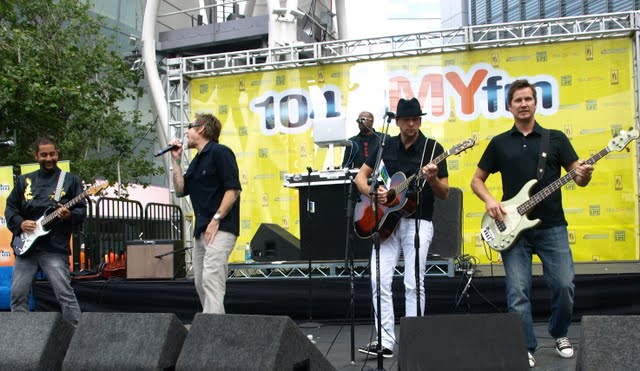 Sugar Ray (Alternative Artist): Sugar Ray is an American alternative rock band formed in 1986. The band, starting off more as a funk metal band, first gained fame in 1997 with their release of the song "Fly". This song's success, coupled with its pop rock sound that was quite different from the rest of their material at the time, led the band to change to a mainstream, pop music style. Subsequent albums shared this similar style, and the band landed a number of hits with "Every Morning" and "Someday" from 14:59 and "When It's Over" from their self titled album.
Nate Ruess (Alternative Artist): Nathaniel Joseph "Nate" Ruess is an American singer-songwriter and musician. He is best known as the lead vocalist of indie pop band Fun. 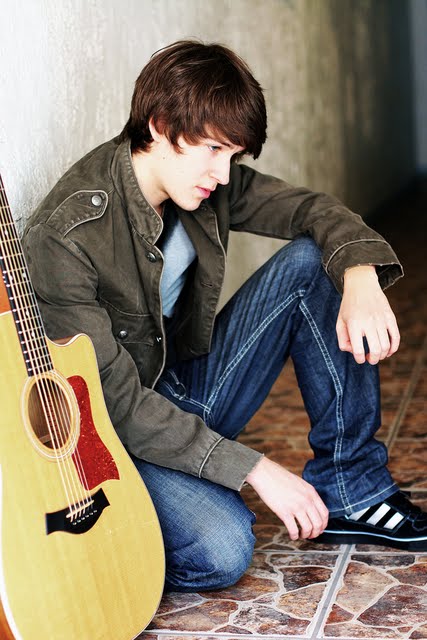 Devon Werkheiser (Alternative Artist): Devon Werkheiser is an American actor, voice actor, singer-songwriter and musician, best known for his starring role as Ned Bigby on the Nickelodeon sitcom Ned's Declassified School Survival Guide and for his role in the 2007 TV Movie Shredderman Rules, as the lead character Nolan Byrd. Werkheiser also played Peter Parkes in the fourth and final season of the ABC Family show Greek. 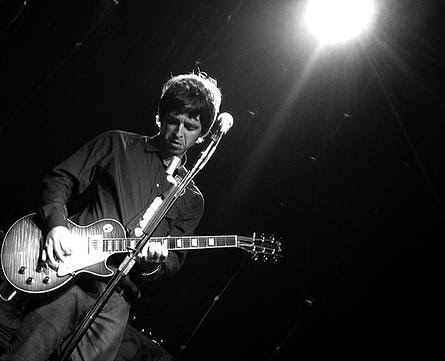 Noel Gallagher (Alternative Artist): Noel Thomas David Gallagher is an English musician, singer, and songwriter. He served as the lead guitarist, co-lead vocalist and principal songwriter of the rock band Oasis. Raised in Burnage, Manchester, Gallagher began learning guitar at the age of thirteen. After a series of odd jobs in construction, he worked for local Manchester band Inspiral Carpets as a roadie and technician in 1988. Whilst touring with them, he learned that his brother Liam Gallagher had formed a band of his own, known as The Rain, which eventually took on the name Oasis. After Gallagher returned to England, he was invited by his brother to join Oasis as songwriter and guitarist. Oasis' debut album, Definitely Maybe, marked the beginning of the band's rise to fame as part of the Britpop movement. Oasis' second album, Morning Glory?, reached the top of the album charts in many countries and their third studio album, Be Here Now, became the fastest-selling album in UK ...
Kevin Parker (Alternative Artist): Kevin Richard Parker is an Australian multi-instrumentalist and psychedelic rock musician, singer, songwriter and record producer. He is best known as the leader of the band Tame Impala, for which he writes and records the majority of the music. 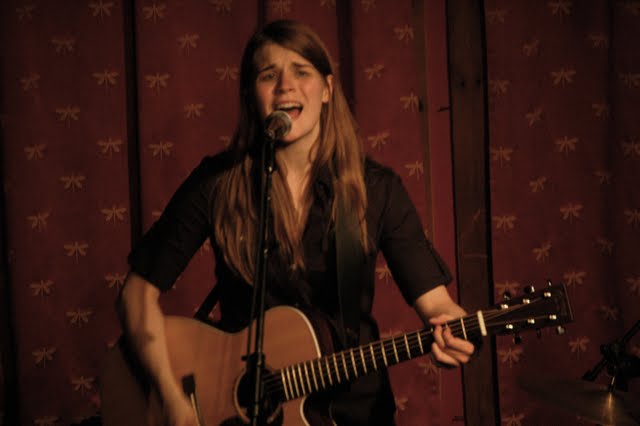 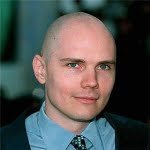 Billy Corgan (Alternative Artist): William Patrick "Billy" Corgan Jr. is an American musician, producer, lyricist, writer, and poet, best known as the frontman and sole permanent member of The Smashing Pumpkins. Formed by Corgan and guitarist James Iha in Chicago, Illinois, in 1987, the band quickly gained steam with the addition of bassist D'arcy Wretzky and drummer Jimmy Chamberlin. The band's direction has largely been driven by Corgan through his confessional lyrics, grandiose production values, and virtuosic musical interplay, notably with Chamberlin. In three years, The Smashing Pumpkins had transformed themselves into a major label success. Strong album sales and large-scale tours propelled the band's increasing fame in the 1990s, while Chamberlin's drug problems escalated until he was fired. The Pumpkins continued as a three-piece until Chamberlin rejoined the band in 1999, then broke up in 2000. Corgan started a new band with Chamberlin right away, called Zwan, and after their demise, he released a solo album and a collection ... 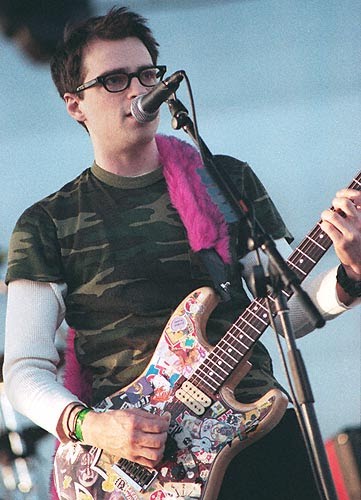 Rivers Cuomo (Alternative Artist): Rivers Cuomo is an American musician, singer and songwriter best known as the lead vocalist, lead guitarist and principal songwriter of the alternative rock band Weezer. Raised in an ashram in Connecticut, Cuomo moved to Los Angeles at age 19, where he participated in a number of rock bands before founding Weezer in 1992, with whom he has released nine studio albums. In 2011, he released a self-titled Japanese-language album with Scott Murphy under the name Scott &amp; Rivers. Cuomo has also released three compilation albums of home demos: Alone: The Home Recordings of Rivers Cuomo, Alone II: The Home Recordings of Rivers Cuomo and Alone III: The Pinkerton Years.

Keanu Reeves (Alternative Artist): Keanu Charles Reeves is a Canadian actor, director, producer, and musician. Reeves is known for his roles in Bill &amp; Ted's Excellent Adventure, Speed, Point Break, and The Matrix trilogy as Neo. He has collaborated with such major directors as Stephen Frears; Gus Van Sant; and Bernardo Bertolucci. Referring to his 1991 film releases, The New York Times' critic, Janet Maslin, praised Reeves' versatility, saying that he "displays considerable discipline and range. He moves easily between the buttoned-down demeanor that suits a police procedural story and the loose-jointed manner of his comic roles." A repeated theme in roles he has portrayed is that of saving the world, including the characters of Ted Logan, Buddha, Neo, Johnny Mnemonic, John Constantine and Klaatu. Reeves has acted onstage. His performance in the title role for the Manitoba Theatre Centre's production of Hamlet was praised by Roger Lewis of The Sunday Times, who declared Reeves "one of the top three Hamlets I ... 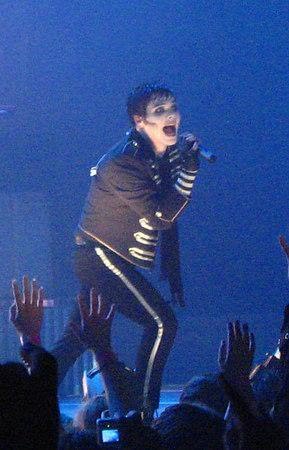 Gerard Way (Alternative Artist): Gerard Arthur Way is an American musician and comic book writer who was the lead vocalist and co-founder of the band My Chemical Romance from its formation in November 2001 until its split in March 2013. He is the executive producer of the band LostAlone's second album I'm a UFO in This City. Way also wrote the comic mini-series The True Lives of the Fabulous Killjoys, and wrote the Eisner Award-winning comic book The Umbrella Academy. He is due to release his debut solo album Hesitant Alien on September 30th, 2014 via Warner Bros. Records. 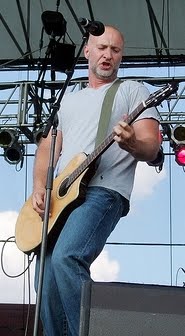 Bob Mould (Alternative Artist): Robert Arthur "Bob" Mould is an American musician, principally known for his work as guitarist, vocalist and songwriter for alternative rock bands Hüsker Dü in the 1980s and Sugar in the 1990s.