We Are Marshall (2006 film): We Are Marshall is a 2006 American historical drama biopic film directed by McG. It depicts the aftermath of the 1970 plane crash that killed 75 people: 37 football players on the Marshall University Thundering Herd football team, along with five coaches, two athletic trainers, the athletic director, 25 boosters, and a crew of five. 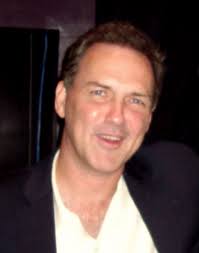 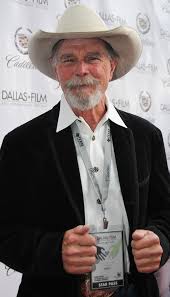 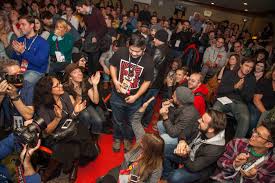 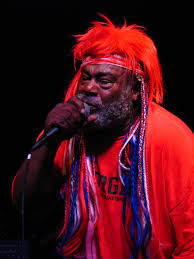 George Clinton (American singer): George Edward Clinton is an American singer, songwriter, bandleader, and record producer. His band Parliament-Funkadelic developed a form of funk music during the 1970s and early 1980s that he termed P-Funk. He launched a solo career in 1981.
Brian Volk-Weiss (Producer): Brian Volk-Weiss is the President of Comedy Dynamics, running its production, development, management, and distribution departments. 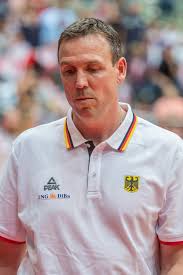 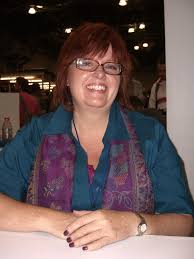 Gail Simone (American writer): Gail Simone is an American writer of comic books. Best known for penning DC's Birds of Prey, her other notable works include Secret Six, Welcome to Tranquility, The All-New Atom, Deadpool, and Wonder Woman. In 2011, she became the writer for Batgirl.
John Scalzi (American author): John Michael Scalzi II is an American science fiction author and former president of the Science Fiction and Fantasy Writers of America.
Jay Newton-Small (Correspondent): Jennifer 'Jay' S. Newton-Small is co-founder and chief executive officer at MemoryWell and a long-serving Washington correspondent for TIME Magazine and a journalist for Bloomberg News.
Tiffany Jenkins (Sociologist): Tiffany Jenkins is a sociologist, cultural commentator and writer, and is Culture Editor for the journal Sociology Compass. She is the author of Contesting Human Remains in Museum Collections, which looks at the influences at play on the controversy over human remains in museum collections; and of Keeping Their Marbles, which examines the controversies surrounding the Elgin Marbles, and the wider debate on the repatriation of cultural heritage.
Gene Luen Yang (American cartoonist): Gene Luen Yang is an Asian-American cartoonist. He is a frequent lecturer on the subjects of graphic novels and comics, at comic book conventions and universities, schools, and libraries. 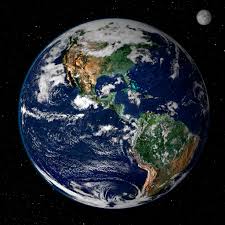 Earth (Planet): Earth is the third planet from the Sun and the only object in the Universe known to harbor life. According to radiometric dating and other sources of evidence, Earth formed over 4 billion years ago. 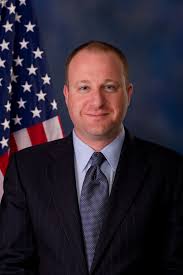 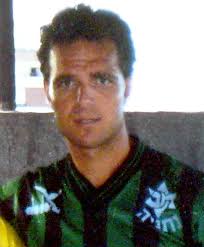 Avi Cohen (Soccer player): Avraham "Avi" Cohen was an Israeli footballer who played as a defender. He was best known for his spells playing for two British clubs:Liverpool in England and Rangers in Scotland. 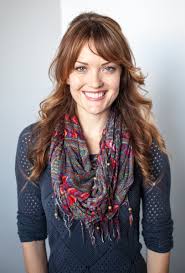 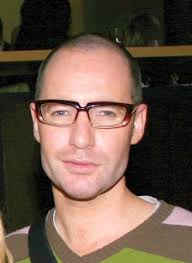 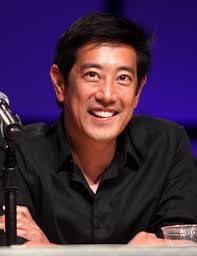 Grant Imahara (American electrical engineer): Grant Masaru Imahara is an American electrical engineer, roboticist, and television host. He is best known for his work on the television series MythBusters, in which he designed and built numerous robots that were needed for the show, and specialized in operating the various computers and electronics that were utilized to test myths. 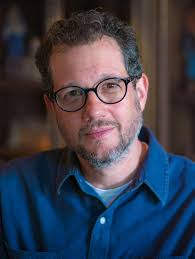 Michael Giacchino (Composer): Michael Giacchino is an American composer of music for films, television and video games. He composed the scores to the television series Lost, Alias and Fringe, the video game series Medal of Honor and Call of Duty and many films such as The Incredibles, Mission: Impossible III, Ratatouille, Star Trek, Up, Super 8, Mission: Impossible - Ghost Protocol, Star Trek Into Darkness, Dawn of the Planet of the Apes, Jurassic World, Inside Out, Zootopia, Star Trek Beyond, Doctor Strange, Rogue One, Spider-Man: Homecoming, War for the Planet of the Apes and Coco.
E. Lynn Harris (American author): Everette Lynn Harris was an American author. Openly gay, he was best known for his depictions of African-American men who were on the down-low and closeted. 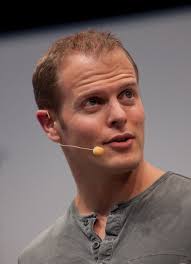 Timothy Ferriss (American author): Timothy Ferriss is an American author, entrepreneur, self-proclaimed "human guinea pig", and public speaker. He has written a number of self-help books on the "4-hour" theme, some of which have appeared on the New York Times, Wall Street Journal, and USA Today bestseller lists, starting with The 4-Hour Workweek.
Jay Ingram (Canadian author): Jay Ingram CM, BSc, MSc is a Canadian author and broadcaster. He was host of the television show Daily Planet, which airs on Discovery Channel Canada, since the channel's inception in 1995. Ingram's last episode of Daily Planet aired on June 5, 2011. 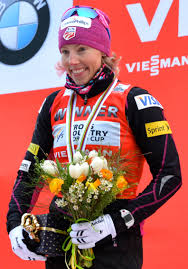 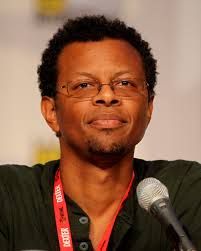 Phil LaMarr (American actor): Phillip "Phil" LaMarr is an American actor, voice actor, comedian and impressionist. He was one of the original cast members on the sketch comedy series Mad TV and has had an extensive voice acting career, with major roles spanning animated series Justice League/Justice League Unlimited, Futurama, Samurai Jack, Static Shock and Foster's Home for Imaginary Friends.
Hello, Everybody! (1933 film): Hello, Everybody! is a 1933 American Pre-Code musical film directed by William A. Seiter and written by Lawrence Hazard, Fannie Hurst and Dorothy Yost. 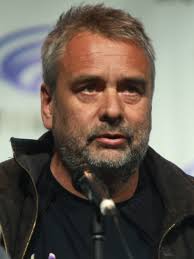 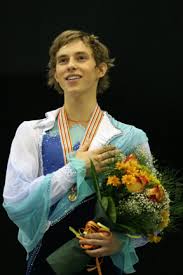 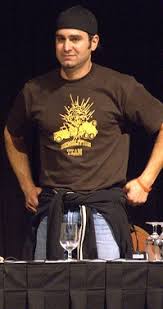 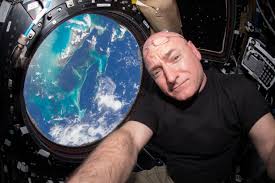 Scott Kelly (Engineer): Scott Joseph Kelly is an engineer, retired American astronaut, and a retired U.S. Navy Captain. A veteran of four space flights, Kelly commanded the International Space Station on Expeditions 26, 45, and 46.
Christopher Titus (American comedian): Christopher Todd Titus is an American comedian and actor. He grew up in Newark, California. Titus came to national attention with the eponymous FOX show Titus, of which he was the star, executive producer and co-creator. 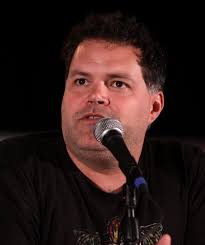 Aaron Douglas (Canadian actor): Aaron Douglas is a Canadian actor. He is best known for his role as Galen Tyrol on the Sci Fi Channel's television program Battlestar Galactica. He headlined on the CTV drama The Bridge, which was also picked up by CBS for broadcast in the United States.
We Are Marshall (2006 film): We Are Marshall is a 2006 American historical drama biopic film directed by McG. It depicts the aftermath of the 1970 plane crash that killed 37 football players on the Marshall University Thundering Herd football team, along with five coaches, two athletic trainers, the athletic director, 25 boosters, and a crew of five.
Miranda_Bailey (Film director):
Mike Schultz (American Politician): Mike Schultz is an American politician from Utah. He is a Republican member of the Utah State House, representing the state's 12th house district.
MarcMaron (Stand-up comedian): 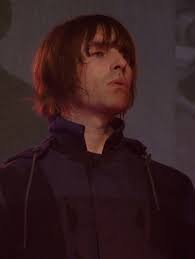 Liam Gallagher (Singer): William John Paul "Liam" Gallagher is an English singer and songwriter. He rose to fame as the lead singer of the rock band Oasis, and later as the singer of Beady Eye, before performing as a solo artist after the dissolution of both previous bands. 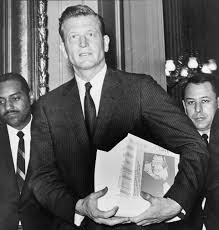 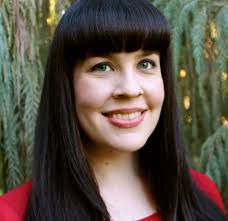 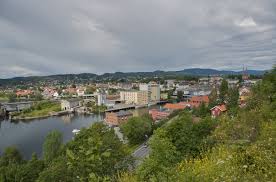 Skien (City in Norway): Skien is a city and municipality in Telemark county, Norway. It is part of the traditional region of Grenland. The administrative centre of the municipality is the city of Skien. Skien is also the administrative centre of Telemark county.
Alexis Kennedy (Writer): Alexis Kennedy is a British writer and game designer, best known as the founder of Failbetter Games.
Jack Newton (Australian golfer): Jack Newton OAM is an Australian former professional golfer.
Keith Lee (American basketball player): Keith DeWayne Lee is a retired American professional basketball player who was selected by the Chicago Bulls in the 1st round of the 1985 NBA Draft later to be traded to the Cleveland Cavaliers. 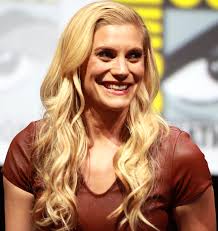